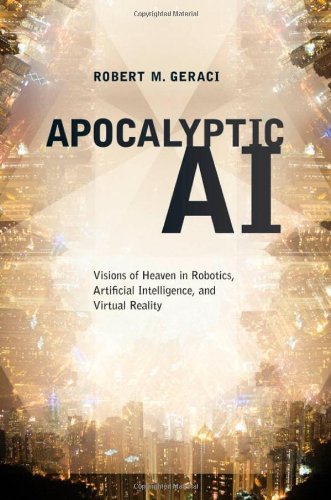 Apocalyptic AI, the hope that we might one day upload our minds into machines or cyberspace and live forever, is a surprisingly wide-spread and influential idea, affecting everything from the world view of online gamers to government research funding and philosophical thought. In Apocalyptic AI, Robert Geraci offers the first serious account of this “cyber-theology” and the people who promote it.

Drawing on interviews with roboticists and AI researchers and with devotees of the online game Second Life, among others, Geraci illuminates the ideas of such advocates of Apocalyptic AI as Hans Moravec and Ray Kurzweil. He reveals that the rhetoric of Apocalyptic AI is strikingly similar to that of the apocalyptic traditions of Judaism and Christianity. In both systems, the believer is trapped in a dualistic universe and expects a resolution in which he or she will be translated to a transcendent new world and live forever in a glorified new body. Equally important, Geraci shows how this worldview shapes our culture. For instance, Apocalyptic AI has influenced funding agencies such as the National Science Foundation, helping to prioritize robotics and AI research. It has become the ideology of choice for online gamers, such as those involved in Second Life; it has had a profound impact on the study of the mind; and it has inspired scientists and theologians alike to wonder about the super robots of the future. Should we think of robots as persons? What kind of morality would intelligent robots espouse?

Apocalyptic AI has become a powerful force in modern culture. In this superb volume, Robert Geraci shines a light on this belief system, revealing what it is and how it is changing society.

The Cultural Life of Machine Learning: An Incursion into Critical AI Studies 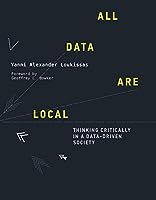 All Data Are Local: Thinking Critically in a Data-Driven Society 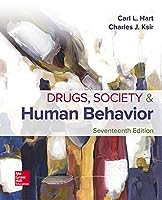 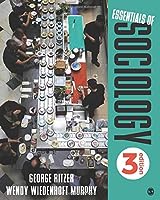 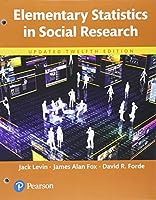