What really wows iPad fans is when their touchscreen does what’s impossible on other gadgets: the finger-painting app that turns a cross-country flight into a moving art class, the mini music studio (two-dozen instruments strong, each with motion-induced warble effects), and the portable fireworks display that you sculpt by swiping.

Problem is, with tens of thousands of apps available for your iPad, who knows what to download? You can try to sort through a gazillion customer reviews with a mix of 5- and 1-star ratings, but that’s a head-hurting time-waster. The stakes are getting higher, too: instead of freebies and 99-cent trinkets, the price of iPad apps is steadily creeping up and beyond their iPhone predecessors.

Best iPad Apps guides you to the hidden treasures in the App Store’s crowded aisles. Author Peter Meyers stress-tested thousands of options to put together this irresistible, page-turner of a catalog. Inside these pages, you’ll find apps as magical as the iPad itself.

Flip through the book for app suggestions, or head directly to one of several categories we’ve loaded up with “best of” selections to help you:

No matter how you use your iPad, Best iPad Apps will help you find the real gems among the rubble — so you make the most of your glossy gadget.

Early iPad critics were sure about one thing: this gadget was gonna be for consuming, not creating. iPadders, the argument went, will spend all their time feasting on The Man’s media (movies, music, TV shows) while their own creative urges whither.

Turns out, people love making stuff with their iPads. And not just pros. The App Store’s packed, for example, with ingenious tune-making tools that can turn iTunes lovers into active players. None of the apps that you’ll read about below will make you a maestro, but man are they are a fun way to make some noise.

This simple-to-operate, impossible-to-exhaust take on tune building will lure you into love-life-jeopardizing amounts of time spent with your iPad. You “compose” by positioning one or many line segments beneath a drip-drop cascade of music- generating pellets. As each dot hits the various lines, the app plays a note. Add more lines, tweak their positions, and watch this you-made-it-yourself production unfold.

The free version offers a stripped down palette: line segments produce one sound only (part wind chime, part marimba.) Upgrade to Pro ($2) via an in-app purchase for the real goodies: multiple instruments (piano, saxophone, and synthesizer); tempo and beats-per-minute controls; and the ability to save your creations.

Today’s music stars famously benefit from the vocal equivalent of plastic surgery: a little AutoTune-aided voice sprucing. So there’s no shame in us musically challenged crooners seeking a similar boost. The remarkable thing about this app is that its assistance is delivered as you sing. Some serious computer science wizardry went into this feat—most software-powered music magic is added post production. Here you simply plug in any earphones with a mic, start singing, and add harmonies and effects (auto-wah and flanger are especially fun). Save and export when you’re done.

Karaoke has never been less humiliating with this voice-primping singalong software. Among its other talents the app software-magically keeps you on pitch, adds optional harmonies, and turns your iPad into an iPrompter: highlighted lyrics appear as the instrument track plays. Three songs come with the app; buy others that have appeared in the namesake show for a buck a pop. Bonus treats include the chance to listen to recordings made worldwide by other app-using fans; the ability to share your own efforts; or—how’s this for social software?—a feature that lets you join in and add your voice to songs other fans have posted.

If the best you can do with a piano is Three Blind Mice, give this hugely popular alternative a try. Not only do you get substantially more eclectic sound options than most app synthesizers (darabukka or a round sine, anyone?), each comes with its own uniquely designed “play area”. Some sorta/kinda look like a piano (picture the keys arranged in a vertical stack of rows). Others offer a big chunky grid. Hundreds of included ready-to-use scales, from common ones like major and minor to Javanese Pentachord, puts music-making within reach of amateurs. It’s actually a bit of a challenge to play something that sounds bad. Shape your tunes further by moving your iPad: shake for vibrato, for example. Recording and sharing options aplenty make it easy to let others sample what you’ve made.

At first glance this app appears to be nothing more than a stream of cool tones—some triggered by you, others played by the app itself—accompanied by visual bubbles. But that’s like mistaking yoga for mere stretching. What’s on offer here is a new kind of audio/visual instrument cooked up by ambient sound guru Brian Eno.

You start, simply, by listening and looking. You might think you’ve wandered into a hearing test, but soon the trance of ping-pongy tones takes on a zen flavor. Meantime, the multicolored bubbles expand and evaporate like raindrops on a pond. Next, swirl your finger in this multimedia koi pond by tapping the screen and watch as your finger placement generates its own sounds and circles—each an echo, a kind of tap-and-response pattern to your input: all software-magically woven into a soothing spell that’s partly your creation and part travel to EnoVille. It’s like a xylophone that’s impossible to play incorrectly.

This odd, charming duck of an app will fascinate as many people as it frustrates. Nominally, it’s a–heck, let’s turn the keyboard over to the developer, because this thing’s just too weird for words: “It’s a combination of drawing, animation, music, art, geometry, and gaming. You can record long movements of a single point, or stream many points out of your fingertips like ink.” Yeah, you know: for those of us spiderpeople whose wrists spray multi-colored music-making webs. Back in iPadLand, what you’ll mainly do is swipe the screen and watch the pulsing line (representing the current note being played) spider across the web you’ve helped make. Tap the note-shaped icon to adjust the chords that play. It’s wacky, it’s wonderful, it’s worth a buck.

Today’s DJs, of course, work digitally, and you can too with this portable beat-spinning station. What’s most impressive is what’s within reach of newbie MCs. After familiarizing yourself with the cockpit-complex console (flatten the learning curve by checking out the tutorials at Groovemaker.com), the soundscapes you can create are stunning. Fill up to eight tracks with an almost infinitely customizable assortment of loops (prerecorded snippets).

Pick your loops from a few dozen that come free with the app, or buy genre-specific collections: hip hop, reggae, and so on. When you’ve got your track collection just so, save it for the final step: sequencing, where you stitch together and then export to a WiFi-connected computer a high-quality version of the mix you’ve made.

The name of this app captures perfectly the service it aims to provide. Yes, it’s got a bunch of mechanical noise replicas (white noise, train tracks), but what it’s really good for are all things melodious. Wind chimes, zen tones, flutes, and on into its more subjective but thoroughly pleasing interpretations of themes like Immersed, Night, and the slightly tautological Melody. Play each sound separately or mix ’em together by using the simple tap-to-activate controls. A built-in sleep timer and favorites list make this some easy listening that you’ll actually want to turn on. 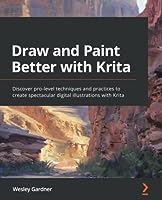 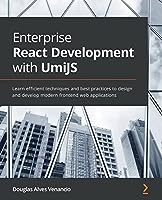 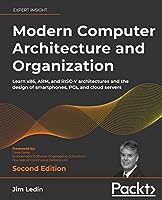 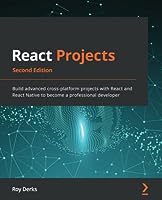