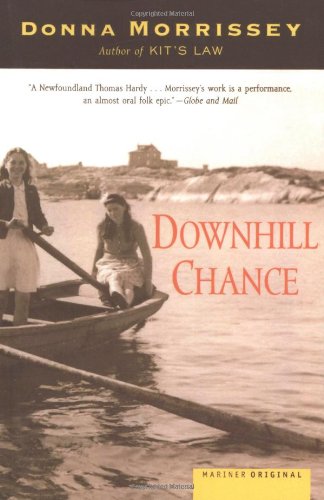 by Donna Morrissey
0
0 ratings
Print Book Look Inside
Description
With Kit’s Law, Donna Morrissey established herself as a gifted storyteller. Her chronicle of life in a remote Newfoundland outport was acclaimed by critics and embraced by readers worldwide. Downhill Chance is a captivating successor to Morrissey’s first novel. Set in a pair of isolated fishing communities in Newfoundland during and after the Second World War, this is the story of two families joined by friendship but torn apart by fear and sorrows.
Prude Osmond reads her tea leaves and predicts dark days ahead. Meanwhile, an hour’s boat ride away, Job Gale leaves his wife and two young daughters behind to fight in the war, a cause neither they nor their neighbors understand. The war and the dark secrets it holds cascade over the Gale family, afflicting the sensitive yet resourceful Clair, an unforgettable heroine. Forced to restart her life in another place, she must forsake the family she loves and her community.
Morrissey blends drama, gritty realism, and a flair for the comic in this unique novel. At its core is the unravelling of secrets  and the redemption that truth ultimately brings.
Free ChaptersTry Audible and Get Two Free Audiobooks »
To access the link, solve the captcha.
Recommended BooksMore Similar Books »