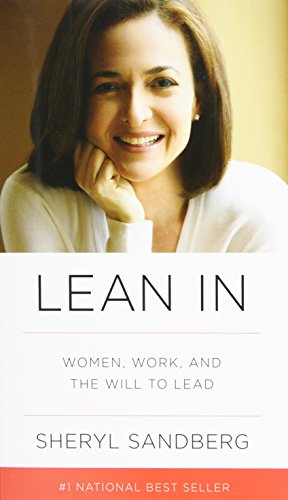 Lean In: Women, Work, and the Will to Lead

Thirty years after women became 50 percent of the college graduates in the United States, men still hold the vast majority of leadership positions in government and industry. This means that women’s voices are still not heard equally in the decisions that most affect our lives. In Lean In, Sheryl Sandberg examines why women’s progress in achieving leadership roles has stalled, explains the root causes, and offers compelling, commonsense solutions that can empower women to achieve their full potential.

Sandberg is the chief operating officer of Facebook and is ranked on Fortune’s list of the 50 Most Powerful Women in Business and as one of Time’s 100 Most Influential People in the World. In 2010, she gave an electrifying TEDTalk in which she described how women unintentionally hold themselves back in their careers. Her talk, which became a phenomenon and has been viewed more than two million times, encouraged women to “sit at the table,” seek challenges, take risks, and pursue their goals with gusto.

In Lean In, Sandberg digs deeper into these issues, combining personal anecdotes, hard data, and compelling research to cut through the layers of ambiguity and bias surrounding the lives and choices of working women. She recounts her own decisions, mistakes, and daily struggles to make the right choices for herself, her career, and her family. She provides practical advice on negotiation techniques, mentorship, and building a satisfying career, urging women to set boundaries and to abandon the myth of “having it all.”  She describes specific steps women can take to combine professional achievement with personal fulfillment and demonstrates how men can benefit by supporting women in the workplace and at home.

Written with both humor and wisdom, Sandberg’s book is an inspiring call to action and a blueprint for individual growth. Lean In is destined to change the conversation from what women can’t do to what they can.

An Amazon Best Book of the Month, March 2013: Anyone who’s watched Sheryl Sandberg’s popular TED Talk, “Why We Have Too Few Women Leaders,” is familiar with–and possibly haunted by–the idea of “having it all.” “Perhaps the greatest trap ever set for women was the coining of this phrase,” writes Sandberg in Lean In, which expands on her talk’s big idea: that increasing the number of women at the top of their fields will benefit everyone. Sandberg, the COO of Facebook, encourages women to challenge the common workplace assumption that “men still run the world.” She asks men to be real partners, sharing in the family work that typically leads to a woman’s decision to stay home; she asks women who expect to start a family soon not to check out of work mentally. Sandberg’s critics note that her advice may not resonate with the masses: The Harvard-educated exec can afford a veritable army to help raise her children. But Sandberg’s point–which affects all of us–is that women who have what it takes to succeed at the highest professional level face many obstacles, both internal and external. Lean In is likely to spur the conversations that must happen for institutional changes to take place at work. —Alexandra Foster

Chapter 1. The Leadership Ambition Gap: What Would You Do if You Weren’t Afraid?
Chapter 2. Sit at the Table
Chapter 3. Success and Likeability
Chapter 4. It’s a Jungle Gym, Not a Ladder
Chapter 5. Are You My Mentor?
Chapter 6. Seek and Speak Your Truth
Chapter 7. Don’t Leave Before You Leave
Chapter 8. Make Your Partner a Real Partner
Chapter 9. The Myth of Doing It All
Chapter 10. Let’s Start Talking About It
Chapter 11. Working Together Toward Equality 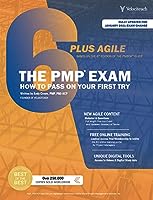 The PMP Exam: How to Pass on Your First Try: 6th Edition + Agile 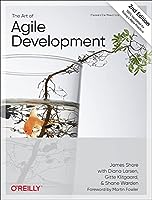 97 Things Every Engineering Manager Should Know: Collective Wisdom from the Experts 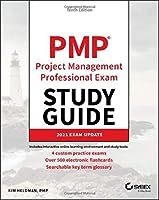