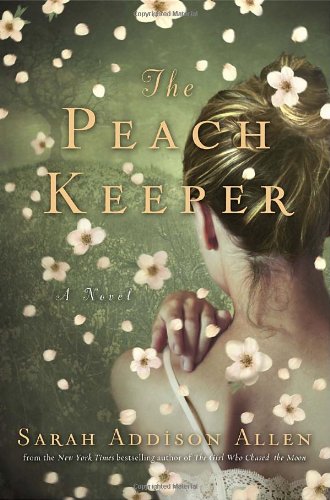 The Peach Keeper: A Novel

The New York Times bestselling author of The Girl Who Chased the Moon welcomes you to her newest locale: Walls of Water, North Carolina, where the secrets are thicker than the fog from the town’s famous waterfalls, and the stuff of superstition is just as real as you want it to be.

It’s the dubious distinction of thirty-year-old Willa Jackson to hail from a fine old Southern family of means that met with financial ruin generations ago. The Blue Ridge Madam—built by Willa’s great-great-grandfather during Walls of Water’s heyday, and once the town’s grandest home—has stood for years as a lonely monument to misfortune and scandal. And Willa herself has long strived to build a life beyond the brooding Jackson family shadow. No easy task in a town shaped by years of tradition and the well-marked boundaries of the haves and have-nots.

But Willa has lately learned that an old classmate—socialite do-gooder Paxton Osgood—of the very prominent Osgood family, has restored the Blue Ridge Madam to her former glory, with plans to open a top-flight inn. Maybe, at last, the troubled past can be laid to rest while something new and wonderful rises from its ashes. But what rises instead is a skeleton, found buried beneath the property’s lone peach tree, and certain to drag up dire consequences along with it.

For the bones—those of charismatic traveling salesman Tucker Devlin, who worked his dark charms on Walls of Water seventy-five years ago—are not all that lay hidden out of sight and mind. Long-kept secrets surrounding the troubling remains have also come to light, seemingly heralded by a spate of sudden strange occurrences throughout the town.

Now, thrust together in an unlikely friendship, united by a full-blooded mystery, Willa and Paxton must confront the dangerous passions and tragic betrayals that once bound their families—and uncover truths of the long-dead that have transcended time and defied the grave to touch the hearts and souls of the living.

Resonant with insight into the deep and lasting power of friendship, love, and tradition, The Peach Keeper is a portrait of the unshakable bonds that—in good times and bad, from one generation to the next—endure forever.A Letter from Author Sarah Addison Allen

She put a penny on her windowsill and cracked the window, because her grandmother once said that ghosts often forget they’re ghosts and will go after money, but if they get close enough to an open window, the night air will suck them out.
–Chapter Eight, The Peach Keeper

The original title of The Peach Keeper was God Eats Peaches, which I took from the old saying, “When God eats peaches, He saves the pit.” I had a cousin who would never throw away a peach pit based on that saying. She thought it was bad luck. My family is full of strange Southern superstitions. My great-aunt never liked for company to come in through one door and leave through another because she said that meant the preacher would visit.

How many of us grew up seeing our mothers throw a pinch of salt over their shoulders when salt was spilled? How many of us remember when our grandmothers whispered that a bird tapping on a window meant someone was going to die? We took these things on trembling faith as children, believing them to be real because everythingwas real back then. Everything had possibilities. So how do we explain, with our skeptical grown-up natures, why we still make an X in the air when a black cat passes. Why we still have to eat something in the morning before we will tell someone about our bad dreams. Why we still worry about umbrellas being opened indoors.

What is it about superstitions that stay with us, that encourage us to pass them on? Flights of fancy, maybe. Or nostalgia. Or maybe the power of the unknown is just that strong. We can’t help but think: What if it’s true? What if it just might be true?So we take an ounce of prevention instead of a pound of cure. We knock on wood and avoid ladders and never break mirrors. Just in case.

The Great Alone: A Novel

The Fault in Our Stars 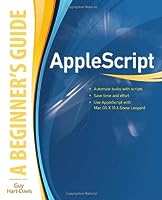