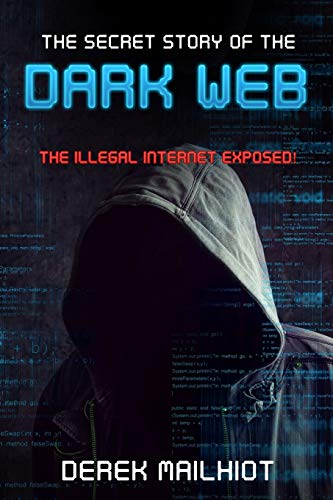 The Secret Story of the Dark Web: The Illegal Internet Exposed!

Ever hear of the “Dark Web”? If so, you may think it sounds rather mysterious. Your instincts are right—it is. And the Dark Web now has tens of thousands of websites and millions of daily users.

What are all those users doing on the Dark Web? Some people just feel strongly about their privacy, and prefer to hang out where they can’t be watched by anyone, even if they’re just playing online chess. In fact, the Dark Web is all about privacy. Everyone from activists, whistleblowers, journalists, businesses, militaries, and everyday people use the Dark Web to block tracking and be anonymous.

Naturally, cybercriminals have flocked to the Dark Web, too. Many of the Dark Web’s most widely known sites have been criminal. At the top of the list are sites selling illegal drugs, including illegally obtained prescription medicines. Many other sites facilitate financial crime, such as money laundering, counterfeiting, or trade in stolen accounts or credit cards.

But the Dark Web gets even darker than simple cybercrime. Hundreds of sites espouse extremist ideologies or support for terrorist violence, some with how-to guides or extremist community forums. Over 100 known sites peddle child pornography. Dozens of sites tout everything form hacking tools and malware to weapons and hitmen for hire.

DarkMarket: Cyberthieves, Cybercops and You