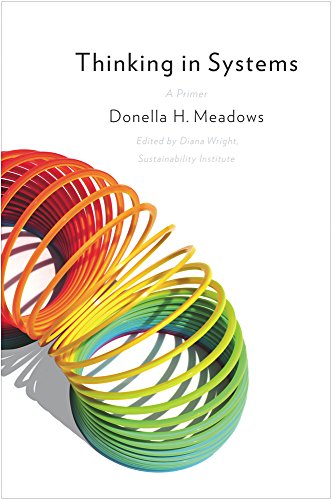 Thinking in Systems: A Primer

In the years following her role as the lead author of the international bestseller, Limits to Growth―the first book to show the consequences of unchecked growth on a finite planet― Donella Meadows remained a pioneer of environmental and social analysis until her untimely death in 2001.

Thinking in Systems, is a concise and crucial book offering insight for problem solving on scales ranging from the personal to the global. Edited by the Sustainability Institute’s Diana Wright, this essential primer brings systems thinking out of the realm of computers and equations and into the tangible world, showing readers how to develop the systems-thinking skills that thought leaders across the globe consider critical for 21st-century life.

Some of the biggest problems facing the world―war, hunger, poverty, and environmental degradation―are essentially system failures. They cannot be solved by fixing one piece in isolation from the others, because even seemingly minor details have enormous power to undermine the best efforts of too-narrow thinking.

While readers will learn the conceptual tools and methods of systems thinking, the heart of the book is grander than methodology. Donella Meadows was known as much for nurturing positive outcomes as she was for delving into the science behind global dilemmas. She reminds readers to pay attention to what is important, not just what is quantifiable, to stay humble, and to stay a learner.

In a world growing ever more complicated, crowded, and interdependent, Thinking in Systems helps readers avoid confusion and helplessness, the first step toward finding proactive and effective solutions.

Part One: System Structure and Behavior
ONE. The Basics
TWO. A Brief Visit to the Systems Zoo

Part Two: Systems and Us
THREE. Why Systems Work So Well
FOUR. Why Systems Surprise Us
FIVE. System Traps . . . and Opportunities

Part Three: Creating Change—in Systems and in Our Philosophy
SIX. Leverage Points—Places to Intervene in a System
SEVEN. Living in a World of Systems

Appendix
System Definitions: A Glossary
Summary of Systems Principles
Springing the System Traps
Places to Intervene in a System
Guidelines for Living in a World of Systems
Model Equations 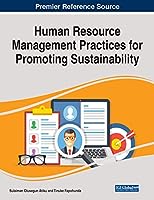 The Fast Forward MBA in Project Management: The Comprehensive, Easy to Read Handbook for Beginners and Pros

The Science and Management of Uncertainty

HBR's 10 Must Reads 2021: The Definitive Management Ideas of the Year from Harvard Business Review

HBR's 10 Must Reads on Creativity