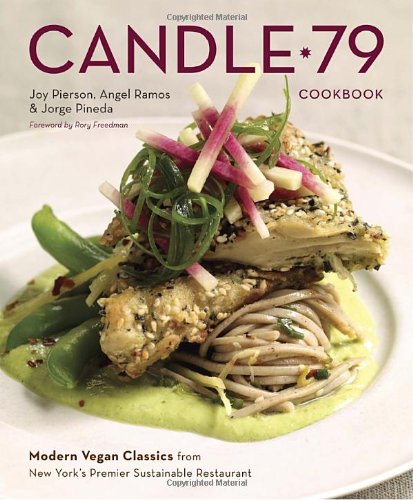 Continually rated as one of the best vegan restaurants in the country, Candle 79 is at the forefront of a movement to bring elegance and sophistication to vegetarian cuisine. Not only is its fare local, seasonal, organic, and sustainable, but also so flavorful and satisfying that customers—vegan and omnivore alike—are constantly asking for recipes to cook at home. This collection answers that call, with simple yet impressive recipes for Chickpea Crepes, Ginger-Seitan Dumplings, Live Lasagna, Chocolate Mousse Towers, Cucumber-Basil Martinis, and more. Expanding the horizons of vegan fare with appetizers, soups, salads, mains, brunches, desserts, cocktails, and wine pairings, Candle 79 Cookbook invites every home cook to make truly green cuisine. Featured Recipe: Paella

Instructions
Using tongs, hold the corn over a gas flame and cook, turning, until nicely charred. When cool enough to handle, cut the kernels off the cobs and set aside.

Soak the saffron in the hot water for at least 15 minutes.

Heat 1 tablespoon of the olive oil in a large saute pan over medium heat. Add the mushrooms, season with salt and pepper, and saute for 5 minutes. Transfer to a large bowl and set aside.

Using the same pan, heat another 1 tablespoon of the olive oil over medium heat. Add the onion, garlic, bell peppers, and 1 teaspoon of the smoked paprika and saute until just tender, about 3 minutes. Add the corn, cauliflower, and tomatoes and cook, stirring occasionally, for about 5 minutes. Remove from the heat and add to the mushrooms.

Heat the stock in a saucepan and hold it at a simmer.

To get the socarrat, or caramelized crust on the rice, uncover the pot and increase the heat to high. Cook until the rice crackles and smells toasty, being careful not to burn it. Add the mushroom mixture and sausage and stir. Cook over medium heat, scraping the bottom of the pot so the rice doesn’t stick, for about 3 minutes.

Remove from the heat, cover with a kitchen towel, and let rest for 10 minutes. Taste and adjust the seasonings if necessary.

Sprinkle the paella with the remaining 1⁄4 teaspoon of smoked paprika and the optional scallions. Garnish with the lemon wedges and serve. 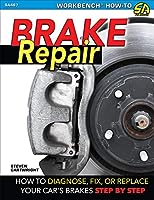 Brake Repair: How to Diagnose, Fix, or Replace Your Car's Brakes Step-By-Step

Lock Picking: The Complete Guide for Beginners to Master the Art of Lock Picking Skills and Avoid Beginner Mistakes 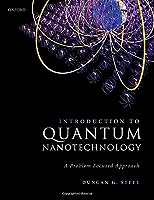 Handbook of Research on Recent Developments in Electrical and Mechanical Engineering

Apple One For Dummies